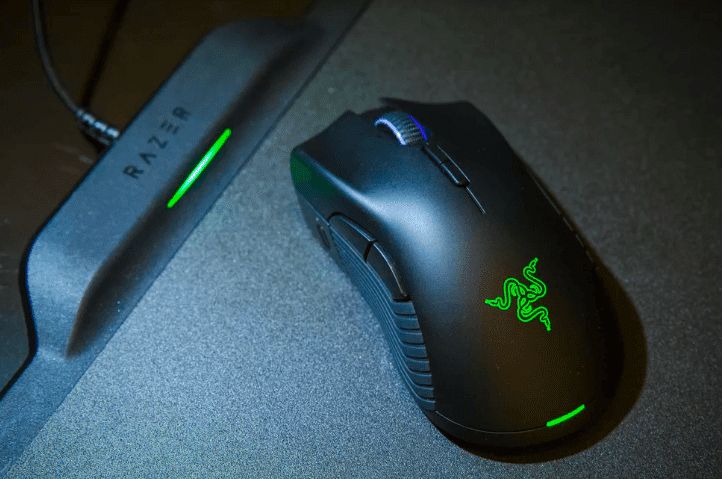 A lot more people have had their eyes opened to wireless charging pads thanks to the latest Apple iPhones (and a couple of generations of high-end Android phones before that). PC and accessory maker Razer wants to broaden the definition even more, with a new battery-free wireless gaming mouse that pulls its power from a special mousepad.

The new HyperFlux line consists of the Mamba HyperFlux mouse, a new entry in its longstanding Mamba gaming mouse series, and the Firefly HyperFlux mat. Razer says the new technology “allows the mouse mat to create a magnetic field that efficiently transfers power directly to its companion mouse instead of charging a heavy battery.” The company adds that this is the first time a wireless gaming mouse has been able to shed its internal battery.

Now playing: A hypothetical home for the Razer Phone 1:31

Without the battery, the Mamba is indeed a few ounces lighter than its predecessors, and felt very responsive in a brief hands-on demo. Even with no internal battery, the mouse can hold enough charge to keep it connected for a few seconds if you lift it off the pad. The same micro-USB plug that connects the mousepad to a powered USB port can also plug directly into the mouse if you want to use it as a wired peripheral (for example, if you’re traveling without the mousepad).

And, of course, it wouldn’t be a Razer product if it didn’t light up in a few million colors. Both the mouse and mousepad have Chroma accent lights which can be controlled from your PC, giving you endless customization options.

The HyperFlux series is coming sometime in the first quarter of 2018 for $249 in the US. International details were not yet available, but that works out to £185 or AU$315.