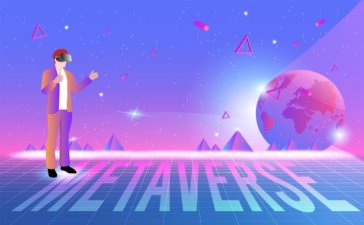 I believe it is necessary to address the gap between customer or audience expectations and actual reality. From my personal experience (I have a small VR company), I realize that there is still a lot of confusion.

But I want to make a premise on the metaverse first.

The point is that the metaverse, whatever it is, does not exist yet. So when I say metaverse, what I mean is immersive technologies + blockchain-related digital assets (NTFs and crypto).

The unrealistic expectations of the public are such because of two large series of problems:

Distance Between Desires and Reality: The Technical Challenges

When you hear the word metaverse, do you imagine The OASIS from Ready Player One?

If this is what you see in your head, I am sorry to tell you that we are very far from that. I think it will take a couple of decades at least before we can have the technology of the film. Frankly, it could still be 50 years away.

Before we reach such an advanced level of VR, we must first work on the following: hardware, infrastructure, interoperability, and content.

Movement in virtual worlds is not yet achievable as seen in the film. “Living room” solutions have been studied for years, but still nothing has gone just beyond the prototype phase or is marketable to the general public.

See Also:   Why We’re Not All Wearing AR/VR Headsets

To move in VR the most used solutions are teleportation or directional lever on controls. It is absolutely possible to create virtual environments in 1:1 scale in which to move by walking, but these need a corresponding real environment that is as large as the virtual one and motion sensors scattered throughout the real environment, so you can track the movements in the space of your body. The Void was a virtual arcade experiment that used this principle. The experiment failed, but was still spectacular.

To be totally honest, I doubt whether a virtual world of this type makes sense or not. What would be the use of this? We’ll see.

The amount of data that the entire infrastructure should be able to manage for the real-time rendering of objects, avatars, and environments is impressive. We are not talking about a video game – difficult, but manageable by the computational power of the machines and servers we have now.

We are talking about something infinitely larger. It should be able to keep all possible users online at the same time, without the risk of crashing, and also possibly “save” the results of the actions performed.

Let’s take an example to clarify what I mean. If you and your avatar break a wall in the virtual world, hypothetically, that wall must remain broken or not? If another avatar passes after half an hour, how is the matter handled? Making the actions performed and their consequences permanent adds complexity. Metaverse expert Matthew Ball talks about it in this short video, if you’re interested.

This is currently the mother of all challenges. The main problem is that there are no shared standards among the various potential actors of the metaverse.

By interoperability, I mean the possibility that content produced on a platform can then be used, displayed and shared on others. The example that Ball makes in the video above is that of a photo on Facebook. You can download it and then use it on Snapchat or upload it to a site that provides this possibility.

This is possible because Facebook has the option to download the photo and because there are standard photo formats that are accepted everywhere. You can imagine how much more complex it is for a 3D file like those that are used and should be exchanged in the metaverse. And this is both because of the larger size of the files themselves, and because there is still no shared standard.

One last illusion is content. Lack of content is one of the main obstacles to the mass adoption of spatial computing. The end user, however, expects to find available and customizable apps, for their specific field.

Let’s clarify with an example. Last week I received a request for “software that can be used as training for security guards and other armed figures.” Essentially, the person was looking for a ready-made application. There are some industries where this is already possible. Think of Osso VR, a company that specializes in surgical training.

But this is undoubtedly a bright exception in the current landscape. Therefore, for the moment, in most cases, the only solution remains that of the ad hoc experience, tailor-made for the customer … if they can afford it.

The technical challenges mentioned above – we’ve reported the biggest and most obvious, but they don’t end there – prompt a fundamental question: is it all worth it?

Is it worth using intellectual energies to square the circle, so to speak, and solve them? Spatial computing, virtual reality, and augmented reality have a very impactful potential, in my opinion. And the quest for improved usability leading to mass adoption is a good thing.

But does a digital world in which to immerse ourselves and live part of our lives, with implications that reach out to the real world, really serve us as a human race? Does it have any real use? In short, is a complete, global, interoperable metaverse a useful perspective?

I  do not have an answer to this question. Many doubts, few certainties. And I reserve the right to reflect and study further before expressing an opinion on the matter.

At the beginning, I also mentioned the costs.

In the next part of this article, I will delve more into this.

Answering the Cryptic Question: Does the Metaverse Need NFTs?