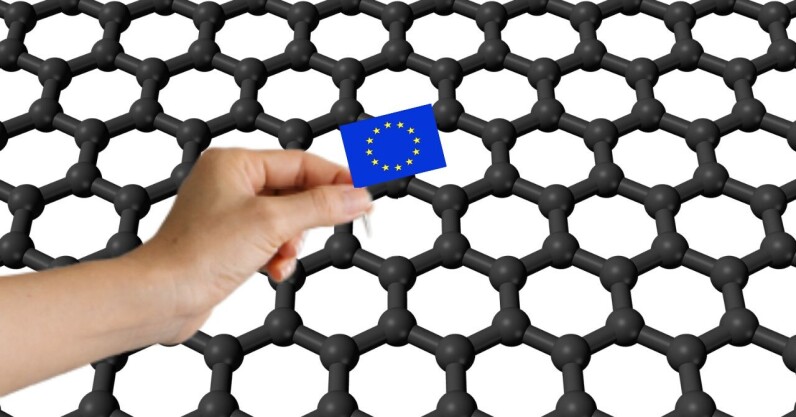 In the spring of 2010, physicist Jari Kinaret received an email from the European Commission. The EU’s executive arm was seeking pitches from scientists for ambitious new megaprojects. Known as flagships, the initiatives would focus on innovations that could transform Europe’s scientific and industrial landscape.

Kinaret, a professor at Chalmers University of Technology in Sweden, examined the initial proposals.

“I was not very impressed,” the 60-year-old tells TNW. “I thought they could find better ideas.”

As it happened, Kinaret had an idea of his own: growing graphene. He decided to submit the topic for consideration.

That proposal lay the foundation for the Graphene Flagship: the largest-ever European research program. Launched in 2013 with a €1 billion budget, the project aimed to bring the “wonder material” into the mainstream within 10 years.

On the eve of that deadline, TNW spoke to Kinaret about the project’s progress over the past decade — and his hopes for the next one.

Scientists have pursued the single sheet of carbon atoms that constitute graphene since 1859, but its existence wasn’t confirmed until 2004. The big breakthrough was sparked by a strikingly simple product: sticky tape.

Andre Geim and Konstantin Novoselov, two physicists at the University of Manchester, would regularly hold “Friday night experiments,” where they’d explore outlandish ideas.  At one such session, adhesive tape was used to extract tiny flakes from a lump of graphite. After repeatedly separating the thinnest fragments, they created flakes that were just one atom thick.

The researchers had isolated graphene — the first two-dimensional material ever discovered.

The science world was abuzz with excitement. Graphene was the thinnest known material in the universe, the strongest ever measured, more pliable than rubber, and more conductive than copper.

Kinaret recognized the potential. Three years later, he was heading an EU drive to take graphene from the lab to the market.

Commercializing graphene was never going to be straightforward. Studies suggest that innovations typically take between five and seven decades to evolve from inventions to products with significant market shares. Evolution would be slow — but observers were already impatient.

As the Flagship’s director, Kinaret had to manage such starry-eyed expectations. At talks, he’d frequently refer to the Gartner hype cycle, a depiction of how new technologies evolve.

The timeline starts with a breakthrough that sparks media excitement. In graphene’s case, reporters were soon claiming the material was set to replace silicon.

When reality fails to meet such inflated expectations, interest wanes and investment shrinks. Gartner describes this stage as the “trough of disillusionment.” Graphene appears to have exited this perilous period, partly thanks to the EU’s long-term commitment.

The backers that remain tend to be more practical and persistent. Now, their target is mainstream adoption.

“That’s something we promised — and delivered.

Initially, many commercial partners were frugal with their investments. One very large European company had a budget of only €20,000 for 30 months — “just enough to buy coffee for the people working on it, but not really enough to do anything substantial,” Kinaret recalls.

To increase their involvement, the Flagship needed their trust, which was challenging as rival brands would have to work together. Nokia, for instance, would have to collaborate with Ericsson.

“One dimension of trust that people needed was to trust this is for real,” says Kinaret. “The other is that participants needed to trust each other.”

The Flagship’s current membership suggests that trust has now been secured. The proportion of companies has grown from 15% to roughly 50% today. The other half are either research organizations or universities.

Kinaret describes the growth of industrial engagement as the Flagship’s key development.

From lab to fab

Around 100 products have emerged from the Graphene Flagship. The vast majority are business-to-business technologies, such as thermal coating for racing cars and eco-friendly packaging for electronic devices. Consumers’ products have been slower to commercialize.

Kinaret spotlights a few of his favorites. One is Qurv, a Spanish spinoff that makes graphene-based sensors, which cars can use to detect pedestrians in fog and rain.

“There are detectors today that do the same thing, but they can cost about $500 each,” says Kinaret. “The graphene detectors could cost about $1 each. That would be a total game changer in that business.”

Another highlight for Kinaret is Inbrain Neuroelectronics. The startup is developing graphene-based implants that can monitor brain signals and treat neurological disorders.

The devices could eventually stimulate the brain to control tremors caused by Parkinson’s disease. Traditional electrodes can achieve this, but they’re far stiffer than highly-flexible graphene.

“The brain is like a lump of jelly — it keeps moving around,” says Kinaret. “If you put a stiff electrode there, it results in scar formation.

Kinaret is also excited about the prospects for fundamental science. In 2018, Graphene Flagship partners revealed that over 2,000 materials can exist in a 2D form. Not all of them are stable, but a number of them are the focus of active research.

“You can make superconducting materials.

Some researchers are exploring what can be achieved by stacking the substances in multi-layers.

“You can grow them so there is a very specific twist angle between the different layers, which means they’re slightly misaligned. This misalignment angle is a very important new parameter,” says Kinaret.

“By tuning this misalignment angle, you can make materials that are superconducting and that have very interesting optical properties. This has only been explored for roughly four years, in terms of basic research, and it’s still quite far from applications. But it offers interesting possibilities for the future.”

Kinaret is proud of the Flagship’s achievements. He believes the initiative has surpassed its targets by significant margins.

The data appears to support his claims. The European Commission aims to turn every €10 million that’s invested into one patent application. The Flagship, says Kinaret, has more than 10 times that requirement. The targets for scientific publications, he adds, have been surpassed by a similar factor.

There are still challenges to overcome. In electronics, for instance, high-quality graphene has to be transferred from the substrate on which it’s grown and onto the system where it’s used. The Flagship can do that well manually, but automating the process on an industrial scale has proven more difficult.

Nonetheless, Kinaret reminds the team they should remain positive.

“Engineers are typically short-term optimists and long-term pessimists,” he says. “They expect progress to be much faster initially than it turns out to be, but in the end, they underestimate the impacts of new technologies.”

In the future, Kinaret expects Europe to become a graphene powerhouse. The Flagship has given the continent a head start over the US in the race toward the mainstream.

He admits, however, that laypeople still ask what graphene is and can do.

“If we get to a situation where a surprised ‘what?’ has been replaced by ‘so what?’ because it’s become ubiquitous or mainstream… then we’ll have made it.”

Can the UK’s approach to AI regulation give it an edge over the EU?