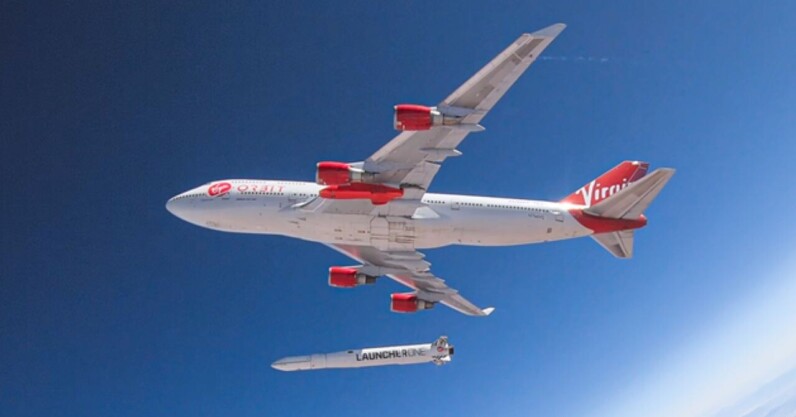 The UK’s space sector is searching for positives after the first orbital launch from western Europe ended in failure.

The mission appeared to have started smoothly. At around 10PM GMT on Monday, the Boeing 747 carrying Virgin Orbit’s LauncherOne rocket successfully took-off in southwest England.

The jet then climbed around 35,000ft before releasing the rocket over the Atlantic Ocean. But then, disaster struck.

“We appear to have an anomaly that has prevented us from reaching orbit. We are evaluating the information,” Virgin Orbit announced on Twitter.

We appear to have an anomaly that has prevented us from reaching orbit. We are evaluating the information.

The US company soon provided further details. The problem had emerged during the firing of LauncherOne’s second-stage engine, while the rocket was traveling at more than 11,000 mph.

All nine satellites onboard were lost. Among them was Amber-1, which was developed by the UK’s Satellite Applications Catapult and Horizon Technologies for maritime tracking.

“We will come back stronger.

Paul Febrve, CTO at Satellite Applications Catapult, said the failure was a big setback for everyone involved, but a “minor dent” to the UK’s space strategy.

“It’s a blow, but it’s not a crippling blow,” Febrve told TNW. “We will learn from it, come back stronger, and improve the capability that we’ve got in the UK.”

That capability has firm foundations. As an island with a northern latitude, Britain has auspicious geography for launching satellites into polar and sun-synchronous orbits, which go over the north and south poles.

There are several compelling reasons to harness these strengths. One is the growing demand for digital connectivity across the globe, which can’t be met by using terrestrial infrastructure alone.

Another motive has been brutally highlighted by Russia’s war in Ukraine. The February invasion exposed the need to quickly deploy small satellites for military intelligence, which has increased demand for launches in Europe.

The UK has pitched itself as the ideal provider of these spaceports. In addition to its favorable geography, the country is a leading satellite producer, home to many private space companies, and the first nation in Europe to implement new spaceflight laws.

Seven spaceports across Britain are now under development. They’re unlikely to provide launchpads for missions to the moon, but they could offer promising locations for smaller satellites.

“This particular vehicle was carrying satellites from seven different providers, all doing different things. They were really handcrafted in terms of their purpose,” said Febvre.

“We’re really focused on responsive launch and innovation — not the scale-up aspect.”

Febvre found further cause for hope is what’s already been achieved. While Monday’s mission didn’t achieve its ultimate goal, it did prove that space launches are achievable from British soil.

The attempt will also  enhance domestic expertise, regulation, and capabilities.

“The project has succeeded in creating a horizontal launch capability at Spaceport Cornwall, and we remain committed to becoming the leading provider of commercial small satellite launch in Europe by 2030, with vertical launches planned from Scotland,” Matt Archer, director of commercial spaceflight at the UK Space Agency, said in a statement.

As the satellites were insured, their manufacturers and operators will be compensated for their loss. A bigger issue will be the reputational damage.

Setbacks in space are not unusual, but they still spook investors. Virgin Orbit now has to convince the critics that the failure won’t be repeated. The UK, meanwhile, is already planning another launch within the next 12 months.

It’s not easy being green: How mobility will change in 2023

EU plans to defeat China and US in clean tech battle