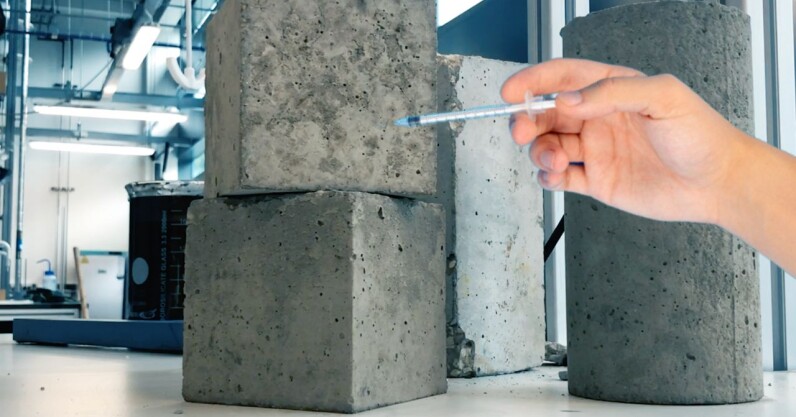 Concrete has been described as the most destructive material on Earth. After water, it’s the most used substance in the world, with twice the usage of steel, wood, plastics, and aluminium combined.

To manufacture all this concrete, more than 4 billion tonnes of cement are produced every year. According to the Chatham House think tank, that creates around 8% of all CO2 emissions — more than what’s caused by all the trucks across the globe.

Cement makers urgently need to reduce this footprint. To meet the requirements of the Paris Agreement on climate change, the industry needs to cut emissions by at least 16% by 2030. At the same time, the sector faces growing demand from rapid urbanization and population growth.

First isolated at the University of Manchester in 2004, Graphene’s 2D nature provides a unique combination of strength, flexibility, lightness, and conductivity. These properties caught the eye of Nationwide Engineering, a British construction business.

The firm’s memorably-acronymed R&D subsidiary, NERD (Nationwide Engineering Research and Development), was tasked with turning the “wonder material” into a new additive: Concretene.

Concretene consists of graphene that’s produced at Manchester University. Small quantities of the liquid formulation are added during the concrete mixing process.

The graphene provides both mechanical support and an active surface for the chemical reactions that occur during the cement hydration and hardening.

“Very low dosages of the material, in some cases less than 0.01%, are required to deliver substantial performance gains,” Alex McDermott, the co-founder of Concretene, tells TNW.

“This means that Concretene is commercially viable with wholesale costs to be in-line with existing additives already used in the concrete industry.”