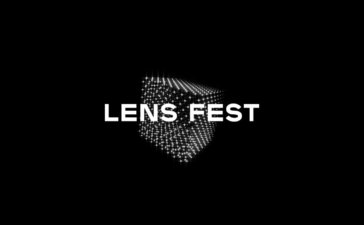 Snap Lens Fest took place on December 6 and 7. The annual event is a celebration of the Snap Lens creator community, as well as an opportunity for the company to announce initiatives and software offerings. The event is also home to the Lens Fest Awards.

If you’re a Snapchat user, Lens Fest gives you an insight into what’s happening behind the lens and what’s coming next. If you aren’t a Snapchat user, you should still pay attention as Snap’s design tools are used by other organizations to develop their AR tools and games as well.

Four Snap leads used the keynote to set the stage for the rest of Lens Fest (as well as make the first major announcements). First, Snap Chief Technology Officer, Bobby Murphy, presented Lens Studio – Snap’s developer suite – as being an organic collaboration between the company and the users of the platform. “We’re excited to be here to celebrate you, the global Lens developer community,” said Murphy. “We’re excited to continue developing Lens Studio along with you … There is so much opportunity ahead of us.”

To Murphy, this two-way development of Lens Studio is a major part of the development of AR as a whole. This draws on Snap’s longstanding position that AR is the future of immersive tech. It would come to be an ongoing theme for later presentations as well.

“The best and most engaging AR filters add to the world rather than replace it,” said Murphy. “Over time, we see the potential for wearable technology, like our Spectacles, to make it even more accessible.”

Following Murphy, Software Engineering Senior Manager, Trevor Stephenson, discussed some of the big updates to Lens Studio in the past year, including Ray Tracing. The feature, which was announced at Snap’s Partner Summit in April, is already in the hands of select partners but is coming to the platform more publicly next year.

Next, Joe Darko, Global Head of AR Developer Relations, spoke about learning and development opportunities culminating in a new “Lensathon.” The remote opportunity opened on the first day of Lens Fest and continues through the end of January. Following the event, a total of $200,000 will be awarded, including $40,000 to the top project.

The Future of Creator Monetization?

Finally, Director of AR Platform Partnerships and Ecosystems, Sophia Dominguez, took the virtual stage. She teased early experiments with creators to create AR items and assets available to Snap users in exchange for tokens – but didn’t suggest a release date. The coming feature, which was promoted as a creator monetization option, tied back into Murphy’s opening themes.

“We believe that as more developers like you establish businesses, we move closer to our wearable future,” said Dominguez. “We’re committed to pushing the AR industry forward alongside you.”

More on the Economic Future of AR

For the Lens Fest next session, a non-Snapchatter took the stage – Mike Boland of ARtillery Intelligence. He discussed the trajectory of AR as a market, specifically for advertising.

Boland likened AR to the early internet, saying that it will meet and even exceed all of our expectations provided that we remember that that kind of development will take time. Boland also said that, historically, emerging technologies had done well in market economic slowdowns as they cut their legacy ad spending while continuing to find the next big thing.

“In addition to fun and whimsical lenses, we see an increase in practical lenses,” said Boland. “We’ll still see lots of fun and games in AR just like we do on the web today.”

Lens Cloud was announced at the Partner Summit and allows lens creators to store assets remotely so that running a lens is less of a technical task for the device. An impending update to Lens Cloud will allow users to edit the live version of their lens by changing which assets are in the Lens Cloud version of the project.

Another coming update to Lens Studio can automatically make a collision mesh of both virtual objects and the physical world. There will also be new filters for finding a mesh that will provide just the right collision.

This is the Fifth annual Lens Fest, but only the second annual Lens Fest Awards. The event recognized 50 finalists across five categories with one winner in each. Hosting the Awards was Snap’s European AR Developer Relations Lead, Oscar Falmer. Once again, judges came from across Snap, though the categories were different this year.

“We’re thrilled to be here today to celebrate the year’s most creative lenses and the developers who build them,” said Falmer. “All great AR begins with the creativity of Lens developers and creators.”

The first category recognized lenses “that use gaming or entertainment to enhance how we experience the world” and the award went to Table Trenches: Operation Living Room by DB Creations. The multi-player game uses scans of a player’s environment to create a reactive map for a tower-defense-style strategy game.

“Thanks so much to everyone who helped us make this game a reality,” said DB Creations co-founder Dustin Kochensparger. “I can’t wait to show you what we’re working on next.”

The Fashion category recognized lenses that “revolutionize the world of personal style.” The award went to Vishal Yadav’s Flux Fashion, a lens that allows users to customize a virtual garment using colors sourced from their physical environments.

Yadav, also a nominee in the Wellness category, expressed gratitude at recognition of his lens saying, “It means a lot to me.”

The Education category “celebrates lenses that raise awareness for important causes or foster knowledge through AR.” The award went to Inna Horobchuk for Sky Map. Sky Map is an interactive annotated map of stars and constellations – something that took a whole dedicated app when this XR journalist started writing.

“I’m super excited that people from all around the globe can engage with my lens and learn about stars and constellations in AR,” said Horobchuk, who was also a nominee for the Wellness category.

The Wellness category celebrated “lenses that contribute to physical and mental well-being” and was awarded to Soft Drink Info by Wasim Ghole.

The lens displays nutrition information for a number of popular sodas and energy drinks. Ghole thanked Snap for recognizing the lens, and for providing the tools to create and distribute it.

The final Lens Fest Award category “highlights creators who have seen the limitless potential of AR and have challenged themselves to do something that has never been done before.” The award went to Dennis Rossiev’s Imaginary Friends, which allows users to turn scans of objects in their environment into cartoon companions.

“With machine learning, I was able to build a lens that I’ve been dreaming about for so long,” said Rossiev. In addition to having been a nominee in two other categories this year, Rossiev also won in an “originality” category at last year’s Lens Fest Awards.

The Camera That Keeps on Giving

For the outfit that still calls itself a “camera company,” Snap is leaning more into AR than ever before. Dedicated specifically to Lenses, Lens Fest is a necessarily AR-focused event. If the company stays consistent, the next Partner Summit should be in a few months to key us into other elements of the company’s strategy.

Applications of Virtual Reality for Nonprofits

Assisted Reality: The Other AR