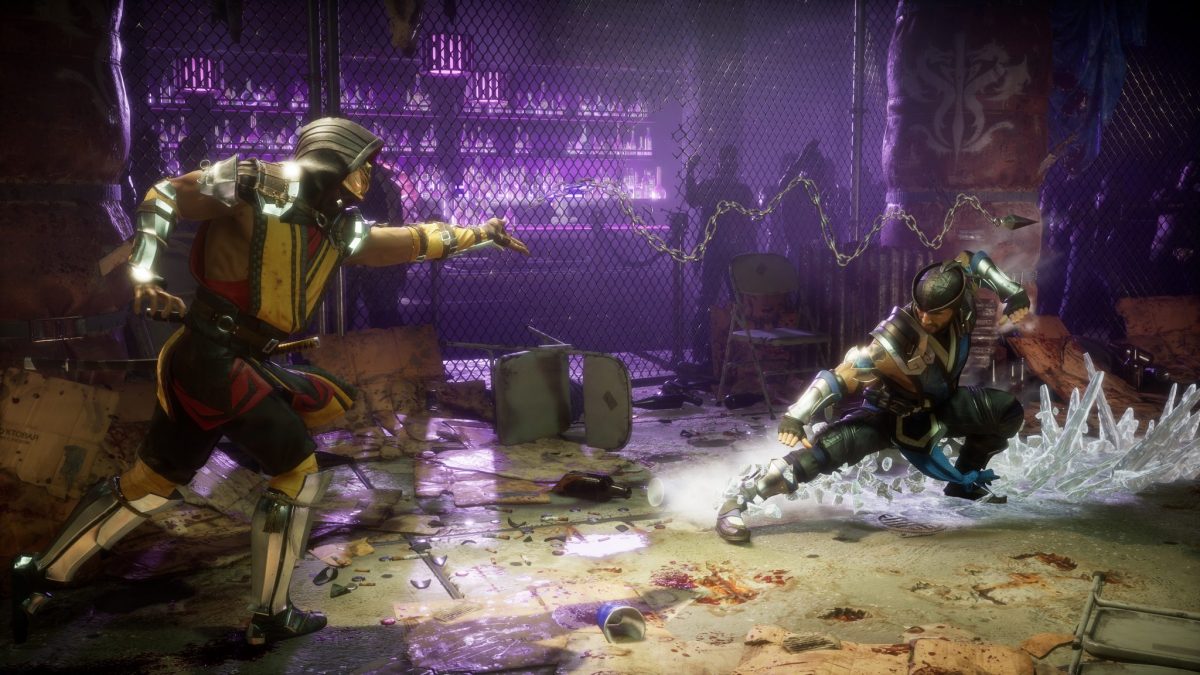 Against all laws of probability I’ve somehow managed to catch yet another bloody cold. Annoyingly it’s just a few days before I’m due to go visit my sister and little nephew, so hopefully I can just inject some Lucozade straight into my bloodstream and let that sort everything out. I’m pretty that’s a medically sound idea, right?

On that topic, though, I thought I’d share a picture of my wee nephew pulling his best pose for the camera. Cheeky little sod.

This week I reviewed the gruesome Mortal Kombat 11 and had some quite mixed feelings about it. Ultimately, though, the core fighting mechanics were bloody awesome and I’m still having good fun with it. The progression system is still rather naff, but I’m enjoying learning different characters and getting my ass whooped online.

I’m still playing Days Gone as well. And yes, I do still plan on reviewing it. I’m just taking my time with, savoring it as much as I can. Because I like to review as much as I possibly can I find myself rushing through games. It’s nice to just sit back and take my time with a game.

Anyway, I’ve read most of the major reviews for Days Gone and have to say…they’re kind of right. The combat is clumsy, the movement is clunky and the opening hours don’t do the game any favours. It’s a game that really hits its stride 10 hours in, and that’s not a good thing. But I think it shares a lot in common with Red Dead Redemption 2 in that its flaws can be overlooked. Once you deal with the issues and learn how to work around them Days Gone becomes so much fun. There’s a strong story with a great lead character, great bike riding and an interesting open world.

And taking on the massive swarms of Freakers is just a blast. The first one I encountered was a crazy affair involving me running madly around trying to lure them into death-traps. Great stuff.

In terms of forthcoming reviews, I’m not to sure at the moment. I’m probably not going to be covering Rage 2 as it simply doesn’t interest me. I do have a pile of tech reviews to do, though. That includes some awesome new Star Wars licensed gear from Razer. But I’ve also got some HyperX reviews coming, plus the Rig 500 headset.

I also put out a little piece chatting about episode 4 of Game of Thrones, season 8. There’s a lot I wanted to say and the piece rambles on a bit, but to put it simply yes, the show has gotten weaker and the writing shakier, but I’m still enjoying it.

You could also go read my Patch Notes where I tackled Randy Pitchford being in the news yet again, a John Wick game being announced and more.

This week I watched the sequel to Iron Sky, a barmy film involving evil Nazis on the moon. The sequel, titled The Coming Race, is absolutely terrible. And fantastic. Like Iron Sky it’s not meant to be taken seriously. This is a film that involves humans living on an ex-Nazi moonbase, a hollow Earth, an ancient reptilian race and an army of dinosaurs. I mean, if that doesn’t make you want to watch it then I don’t think you deserve to be alive.

I also watched the 2-hour long God of War documentary that pretty much blew my mind. The passion, detail and sheer talent that went into forging God of War anew is simply breathtaking. It’s a lengthy watch, for sure, but I’d highly recommend you find the time to kick back with some snacks and drinks and watch the story of how one of the best games of this generation came to be.

Other things I’d recommend checking include this lovely little piece from Martin Robinson over on Eurogamer about how it’s time for Ubisoft to bring back Splinter Cell. I couldn’t agree more and it would be a nice change of pace for Ubisoft to go back to a more linear game. Open world games are nice and all, but I miss being Sam Fisher sneaking my way through a tightly designed maze. The previous entry in the series, Blacklist, was fun but probably would have done better without the Splinter Cell name attached to it.