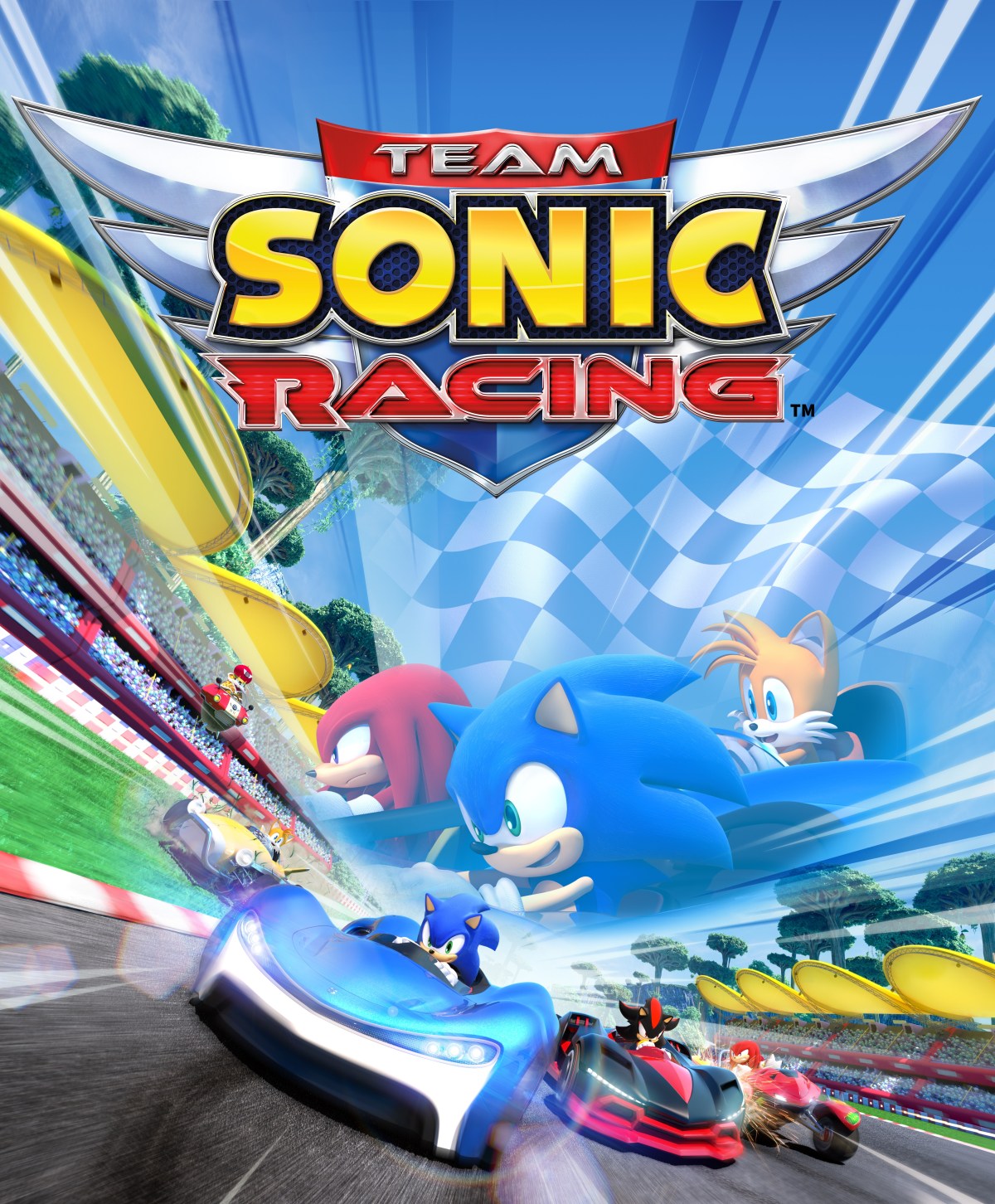 good kart racing game is such a pure thing, right? It’s like the essence of gaming; simple, joyful fun wrapped in bright colours. It’s something the whole family can enjoy. It’s also a genre that’s time in the spotlight is long gone. But now it’s making something of a resurgence, and after 7 years Sumo Digital is finally back with a sort-of sequel. So let’s review Team Sonic Racing, yeah? Let’s see if it can go toe-to-toe with Mario Kart 8 and the upcoming Crash Team Racing remake.

I think the first thing I want to get out of the way is that Team Sonic Racing is not as good as its predecessor. Although it was released in 2012, Sonic & All Stars Racing Transformed remains, in my view, one of the best kart racers of all time. It boasted a massive roster of Sega characters, fantastic tracks and brilliant racing. If that wasn’t good enough each race saw character’s vehicles transforming from cars to planes to boats. Comparatively, Team Sonic Racing has a smaller selection of characters and a less inspiring set of tracks, nor does it have such a visually cool trick as cars transforming mid-race. Still, don’t just toss Team Sonic Racing to the curb. It’s still good and its still bringing good ideas to the track.

Review code provided free of charge by the publisher.

As the name implies this game focuses purely on Sonic and his chums rather than the vast expanse of Sega’s IPs. That equates to 12 racers, from Sonic himself to Shadow to Eggman to Rouge. It also has Big the Cat. Ugh. Anyway, the roster is then divided into types of character: Speed types are more resilient to projectiles when they’re leading the racing; technique types can go over certain terrain without a speed penalty; and finally there are the big bruisers who are slow but can swat aside other racers and barge through obstacles with impunity. It’s certainly not a varied roster and I would have liked to have seen more creativity in terms of vehicle design, but considering Sumo were limited purely to Sonic and co this time around they did a good enough job.

For the most part Team Sonic is a typical kart racer where you drift round corners to build up boost, hit pads that send you surging forward and pick up weapons designed to annoy the crap out of everyone else. While the sense of speed is lacking (it actually gets faster on high difficulties) its otherwise excellent stuff, albeit arguably just a Mario Kart 8 clone. Drifting round corners feels awesome, and the tracks while not fantastic are colourful and beautiful to look at. They also feature some gravity-defying corkscrews and turns and the occasional shortcut here or there.

Where Sonic Team Racing looks to distinguish itself from pretty much every other racer on the market is the focus on winning as a team. Whereas other kart racers seek to destroy friendships this is a racer that wants to build and strengthen them. Coming first is important, but ultimately it means nothing if the other two members of your team are struggling in the middle of the pack. In other words, coming first doesn’t actually mean winning the race. Everyone needs to do well.

To help your languishing chums out there are a few things you can do. First, the leading member of your team will produce glowing yellow slipstream trail and by staying in it a powerful boost is built up which gets activated as soon as you leave the slipstream. This naturally encourages people to try to drive smoothly so that team-mates can make the most of the slipstream. The next trick involves skimming past team-mates, giving them a boost based on the speed difference. Obviously this is great for getting a team-mate that’s crashed back into the race, but you can also pull off a skim when pulling out of a slipstream. Co-ordinated teams can really pick up some major speed by doing this. Finally, you can offer up an item with a tap of B, letting a team-mate grab it and potentially put it to better use. Sharing is caring, after all. I mean, I wouldn’t know personally, but it’s a saying so presumably it has some merit.

By slipstreaming, skimming, sharing items and taking down other racers you build up a special meter. Once its filled tapping Y will activate the special Team Ultimate, which is a very posh way of saying that your car glows yellow, can now bash through stuff without a problem, goes faster and is capable of knocking aside other racers with ease. Timing the Ultimate so that you can hit the front of the pack or just blast through some problems is satisfying stuff, but I wish the developers had given teams their own visual variations on the idea.

As for all the items you can pick up and use it’s a generic selection of stuff. There’s the standard missile that can be fired forwards or backwards, for example, as well as chuckable bombs and cubes that you can drop on the track to trip up unsuspecting idiots. But while these items are fun to use and sharing with your team is a great idea it’s a little weird that none of the items themselves encourage teamwork. Some pickups that offered benefits for sticking together would have been great, or maybe a chain/laser that is connected to two team-members which can decimate anything it touches?

Racing games have never been known for their story and yet in Team Sonic Racing the developers have put a surprising amount of effort into their singleplayer story mode. Basically a mysterious individual turns up and offers Sonic and his chums a chance to compete in races using incredible cars. Things go downhill quickly, though, due to the way the story is told; characters pop-up at the sides of the screen like a visual novel and spout awkward dialogue that’s poorly voiced.

But the good news is that through the story mode you get introduced to a few different types of event that help break up the action a little. There are Traffic Attack events where you need to dodge robots while racing through checkpoints that add time to the clock. There’s also the tricky Daredevil tracks where you have to drift as close to posts as you can to earn points and build multipliers. Another type of race has you collecting the classic gold rings. If that wasn’t enough there’s my favourite event where you have to destroy robotic racers by blasting them with missiles or just crashing into them.

Throughout the story and indeed every other race you partake in you’ll be awarded credits that are then spent to purchase Mod Pods. These little capsules contain modifications for the various character’s cars, like new tires and engines and other goodies. In total every character gets 12 unlockable parts plus special Golden legendary versions of each in case you like to show off. As you might expect these parts alter the stats of the character, maybe bumping up defence at the cost of speed or increasing acceleration while losing some handling. But ultimately these stat changes don’t manifest in the racing unless you really swing things heavily one way or the other. In the end I wound using the upgrades more as cosmetics, and I really hope they add more parts in updates down the line.

At the time of writing there is no sign of microtransactions being introduced despite the loot-box style of the Mod Pods. Team Sonic Racing is a family game and I’d hate to thing that Sega would be crass enough to soil their game with microtransactions and gambling.

As fun as the main story is the A.I. aren’t the most exciting opponents. For that you need to head online where the team mechanics can either be glorious or the bane of your freaking existence. Random people you meet online aren’t always the most reliable or consistent. At the moment there seems to be a lot of players struggling to understand the team concept, but happily there’s an option to play standard races. I’m not sure why you’d bother, though; with the team mechanics removed Team Sonic Racing becomes a standard kart racer.