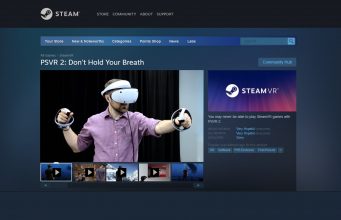 No more ungainly break-out boxes to contend with; thankfully PSVR 2 connects to PlayStation 5 via a single USB-C cable. But if you think you’ll be able to plug in that seemingly standard cable to a VR-ready PC to play Half-Life: Alyx like you might with standalones such as Quest 2, Vive XR Elite or Pico 4, you’ll be sorely disappointed. PSVR 2 won’t work as a PC VR headset, and according to the developer behind unofficial conversion software iVRy Driver, you shouldn’t buy one with the anticipation that it ever will.

Plug in an original PSVR into a computer, and the PC thinks it’s an additional monitor. That was the starting point back in late 2016 for many to begin cobbling together unofficial support for PC VR games. One such go-to staple for PSVR-to-PC conversion is iVRy Driver for SteamVR, an ongoing project created by indie studio Mediator Software.

But what about PSVR 2? In a Reddit thread discussing the topic, Mediator Software says you should save your cash if you want to buy a PSVR 2 specifically for PC VR gaming: