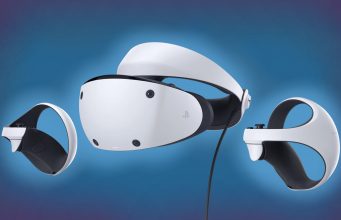 PlayStation has finally revealed its launch day (or rather “launch window”) titles for PSVR 2. Notable highlights include Demeo, Gran Turismo 7, Horizon Call of the Mountain, and Resident Evil Village, although there’s no word on when VR’s favorite block-slashing game is making the move to Sony’s next-gen VR headset.

First, here’s the list of guaranteed launch day games coming on February 22nd, 2023. Sgames are re-releasing completely, providing a paid pathway for upgrades, or coming as a free upgrade to players who already own the title for the original PSVR. We’ve put that info in bold for easier reading:

There are also a handful of “launch window” games announced, which are said to arrive “through March”:

Curiously missing from the list is the promised Beat Saber, which again ranked as the top-downloaded game on PSVR this past year. PlayStation says in its big blogpost info dump that more games will be confirm their launch window availability up until February 22nd, so we’ll be updating this piece to reflect all of the launch content coming to PSVR 2.