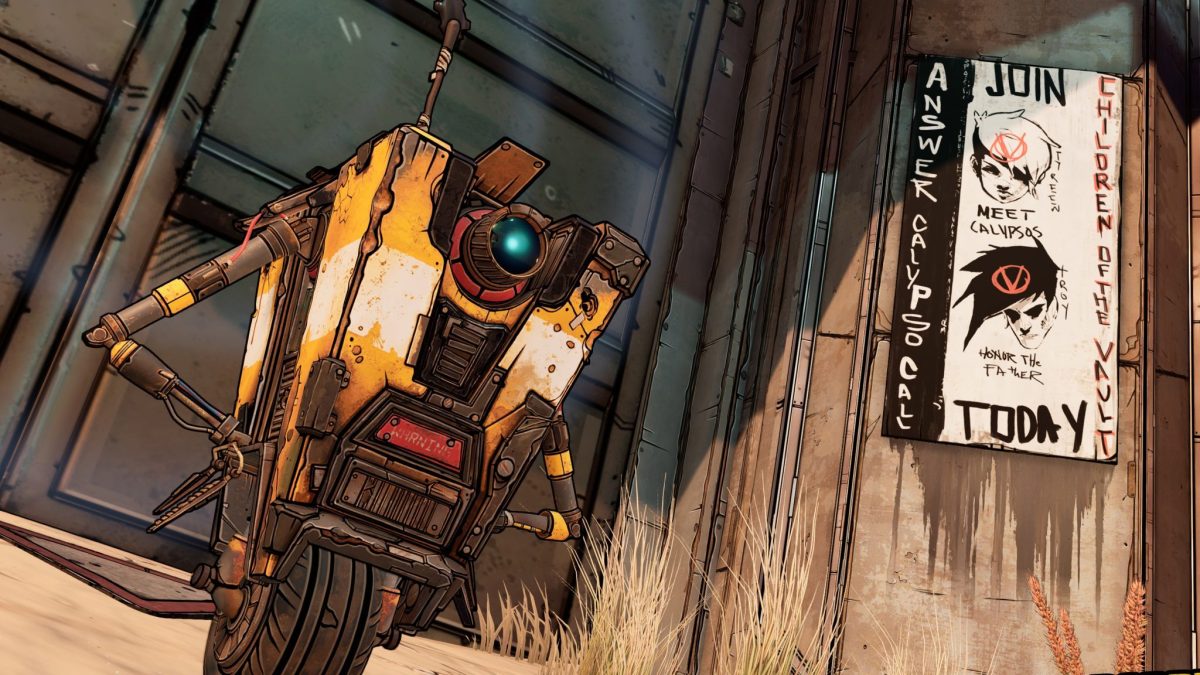 Once again I have returned to bless you all with some random snippets of news from the past week and my horrendously worded opinions about them! Huzzah! This time Randy Pitchford is in the news again, Ubisoft have announced a new Ghost Recon, John Wick is getting a video game and NetherRealm are investigating accusations of horrible working conditions.

Actually, to be fair, this story is a little more complicated and ultimately boils down to Randy’s word versus someone else’s.

Things start with David Eddings, the original voice of Claptrap for Borderlands, Borderlands 2 and Borderlands: The Pre-Sequel. Eddings posted a Tweet stating that he wouldn’t be reprising his role. Eddings replied to a Twitter user asking if he would be voicing Claptrap, saying “No. For the first time, I insisted on getting paid for my performance and all of a sudden they couldn’t afford me. Now I’m not telling them how to run their business but maybe next time they should put the $12M payment from 2K in the Gearbox bank account instead. Just sayin’… “

I was fine moving on after Gearbox. But when my former boss starts mouthing off about various aspects of my employment including “how highly compensated” I was and how “generous” he is, I feel obligated to correct the record.— David Eddings (@davideddings) May 7, 2019

Eddings comment about the $12-million payment is referring to an ongoing lawsuit in which Randy Pitchford is accused of having pocketed a $12-million payout from 2K that was intended to go directly to Gearbox as a whole.

Mr. Eddings was paid very handsomely during his employment. After his employment he was made a relatively generous offer to reprise the role. Unfortunately, he turned that opportunity down.— Randy Pitchford (@DuvalMagic) May 3, 2019

According to Pitchford, Eddings was offered 2x the standard industry rate but no agreement could be reached. After a quick bit of research it seems standard union rates for voice-over work is about $400 per hour, thus Pitchford is saying that Eddings turned down about $800 per hour.

However, Gearbox’s official Twitter account says that they offered him industry standard rates, contradicting what Pitchford said. So far, so confusing.

Eddings also stated that, “I ultimately offered to do it for “free” in exchange for past royalties owed plus an apology for something I’ve never spoken about publicly until now: Randy physically assaulted me in the lobby of the Marriott Marquis at GDC 2017. “

In regard to royalties Eddings previously mentioned that Gearbox employees take lower salaries with the promise of royalties to come. Presumably said royalties were going to amount to a large sum if Eddings and Gearbox couldn’t reach an agreement. According to another Tweet from Eddings he would have lost money accepting the job, which was unacceptable especially as he has a lot of responsibilities.

Then there are the serious physical assault accusations. I recommend reading Eddings interview with Newsweek for a proper breakdown of events. In short Eddings was informed that someone inside of Gearbox was attempting to get a price on the company. Eddings told Randy Pitchford who responded angrily and then shoved Eddings. Eddings believes that Randy Pitchford was already aware of the person trying to get a price on Gearbox and was somehow involved, and that Pitchford merely wanted him to tattle on his source. As a result Eddings said he was fired by Pitchford the day after the assault, though Eddings did also report the incident to Human Resources.

This is a hell of a story, and honestly trying to piece it together feels impossible. Most of it has come from Tweets, so trying to get a clear timeline is awkward and questions regarding specific details remain unanswered. At this point I’m not even sure if Eddings was actually offered payment. Given Pitchford’s history of lying and his volatile temper I’m inclined to believe Eddings in this case, but this is an example of “he said, she said” with nothing but words. The only exception is that Gearbox co-founder Landon Montgomery says he did witness Randy getting angry and shoving Eddings.

Finally, I can’t even figure out how this started. There doesn’t seem to be an inciting Tweet that I can track down. I have no doubt that there are huge chunks of this story missing, so judgement should be reserved for the moment. In the meantime, I appreciate Eddings also pointing out that his problems are with Pitchford and that he views Gearbox as a terrific company.

THE VOICE OF MOVIES GAMES AND VIDEOS RETURNS