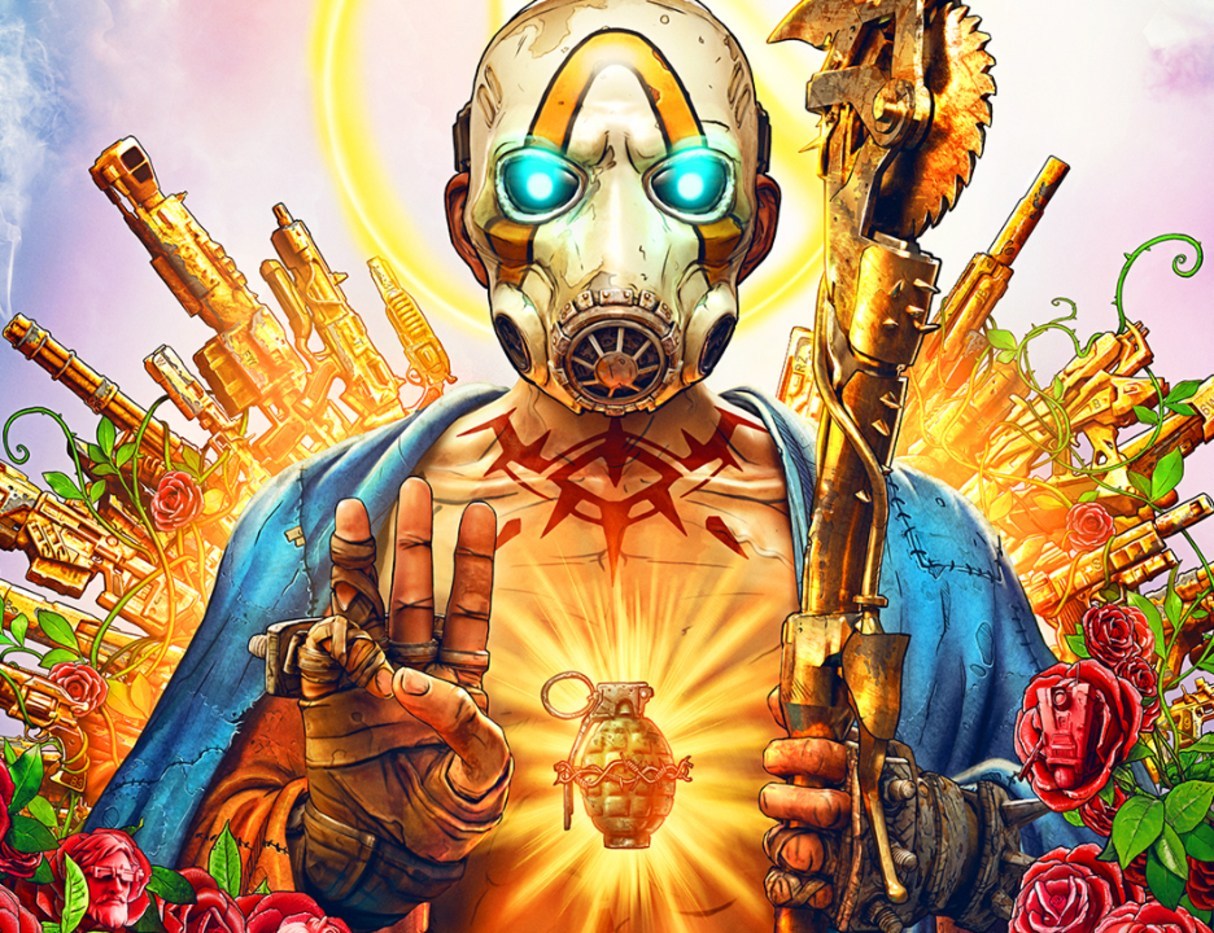 Hello, and welcome back to Patch Notes! As always I grab a few bits of news from the past week and discuss them. This week we’ve got Borderlands 3, a mini-meltdown from Randy Pitchford and Valve’s brand new VR unit that will not just break your bank, but also leave it crying in a small heap.

Borderlands 3 Is Real!
Borderlands 3 officially exists! The gameplay event reveal happened this week and so we got our first official look at third game in one of my favourite franchises. To be honest, not much as actually changed but I feel like that’s a good thing. Its keeping true to its roots by focusing on the glorious, juicy loot! Normally I’d want a little more change and innovation, but quite frankly I’m happy with a visual upgrade, new classes and loads more guns.

Still, there are some tweaks to the formula. Alternate fire modes for weapons, for example, opens up a bunch of fun possibilities. And now in co-op everyone will get their own loot, finally stopping arguments over who gets the nice gun that just dropped.

Oh, and one of the new characters is an Irishman called Zane. That’s me sold right there.

Anyway, check out some gameplay from Eurogamer below.

Borderlands 3 Microtransaction Confusion
Right, now for some Borderlands 3 confusion. During the gameplay reveal event this past Wednesday Randy Pitchford clearly stated that it, ” “won’t have microtransactions” or “microtransaction-y, free-to-play junk.” It was also confirmed that there would be plenty of skins and heads for customizing the characters. This got a nice cheer from the audience. However, Creative director Paul Sage told Game Informer during an interview that, “We’re selling cosmetic items, but we’re not going to nickel and dime players,”

Right. Bit of confusion there, but no big deal. I mean, it sucks donkey bollox that there will be microtransactions but…

No, wait, here comes an angry Randy Pitchford. After Game Informer put out a simple Tweet stating, “Despite Gearbox CEO Randy Pitchford’s comment about ‘no microtransactions’ in Borderlands 3 during today’s livestream, we’ve been told cosmetic items are still purchasable” Gearbox’s Randy Pitchford proceeded to chastise Game Informer. He replied to the Tweet by saying: “Come on guys – shitty clickbait headline. Literally seconds before I said that, I made it very clear we’re going to do more cosmetic stuff like we did in Borderlands 2. You know I was talking about premium currency and loot boxes kind of stuff NOT being in our game. ”

Pitchford continued his rant, Tweeting ” Why you guys would fuck me on this is beyond me… thanks a lot. ” To be clear, Game Informer’s headline simply read, “There won’t be loot boxes in Borderlands 3.”

Things got dumber, though. A Twitter user by the name of Dan Sapossnek replied to Pitchford by saying, “You said no micro transactions. Paying small sums of money for cosmetics is micro transactions. You lied. Not having loot boxes is a big plus, but be honest in how you’re monetizing a game that already costs $60.” This angered Pitchford further who replied to Dan and Game Informer by saying, “See @gameinformer – this is what your fuckwitted tweet is doing! Please correct your bullshit. This user believes and has called me a liar because of your incomplete context click bait bullshit here. You are better than this.”

Since then there have been loads more Tweets and heated words from Pitchford. Game Informer themselves have even stepped into the conversation and to their credit have remained calm. They correctly point out that nowhere did they claim Pitchford had lied nor do they say anything negative. They simply reported the facts to clarify the situation for everyone.

Pitchford, though, was still pissed off. He has attempted to claim that Game Informer took what he said completely out of context and that by publishing something saying that there would be no microtransactions (which were his words) they had confused people.

Pitchford has had problems with the media in the past, especially in regards to Aliens: Colonial Marines. He was accused of blatantly lying about aspects of that game. And over the years he’s proven volatile, quickly angering at even the smallest things. This just seems to be another example of that. Game Informer did what their job requires of them – they reported on something they deemed interesting, and then later published information which clarified Pitchford’s statement. They didn’t paint Pitchford or Gearbox in a negative light or even offer an opinion on the matter. Randy Pitchford, though, attacked them regardless.

So, it seems that while VR sales aren’t as high as I’d personally like Valve seem to think there’s still plenty of opportunity there. This week they announced their brand new Index VR system which retails at a whopping £919 for the whole thing. Apparently despite the epic price pre-orders were sold out within 30-minutes in the US.

So surely for nearly a £1000 this should be the next step in VR? Well, no. Not really. Things like eye tracking and being wireless are true steps toward the next generation of headsets. The new Oculus Rift S, for example, doesn’t need external sensor stations.

What exactly does the Index offer, then? For starters there are two LCD screens providing 1440×1600 resolution per eye. According to Valve these custom LCD screens will provide 50% more subpixels than OLED and thus is intended to combat the screen-door effect which is when players can discern pixels due to how close their eyes are to the screens. A 140Hz refresh rate should help give the Index a smooth feeling which is vital in VR. Comparatively the new Oculus Rift S is running at 80Hz.

Oddly Valve have so far not confirmed the field of view that the Index will sport. What they have said is that it will be 20% greater than that of the Vive which has a FOV of 110-degrees.

The front of the headset has two front-facing cameras that allow you to see the real-world while wearing the headset. This opens the door for augmented reality uses, and if nothing else means you’ll be able to grab something off your table with floundering around like a moron.

There’s also new controllers which are worn instead of just held. Because of that you can properly open up your hands with 87 sensors per controller tracking the movements. During hands-on time with the headset people reported getting to play Aperture Hand Labs where they were able to shake a robots hand and even open a letter by pinching the tab. These new controllers could definitely allow for a much greater sense of immersion.

Finally, there are the new basestations which will offer a wider tracking range and a general increase in accuracy.

Now let’s chat about the pricing. £919 is the cost for the complete package, but there are cheaper options if you already own a Vive or Vive Pro. You can pick up the Index headset and controllers for £689, or pay £459 for the headset. Grabbing the controllers on their own costs £259. This is because both the controllers and the headset are fully compatible with existing Vive and Vive Pros. The Index’s basestations, though, are not backwards compatible.

Right, so what do we think of this? Well, personally I don’t think the Index is offering a true next-gen VR experience, rather its a refinement of what we have right now. Provided everything is as Valve claims then the Index should take the spot as the number one VR headset available in terms of pure quality and performance. But man, that pricetag is one hell of a barrier for entry. As amazing as the Index sounds I don’t think I could justify upgrading from my Oculus Rift. It’s certainly not a price likely to bring in VR noobs, either, rather the Index seems to be aimed at people who already own a VR headset, are sold on the idea and now want the best version possible.