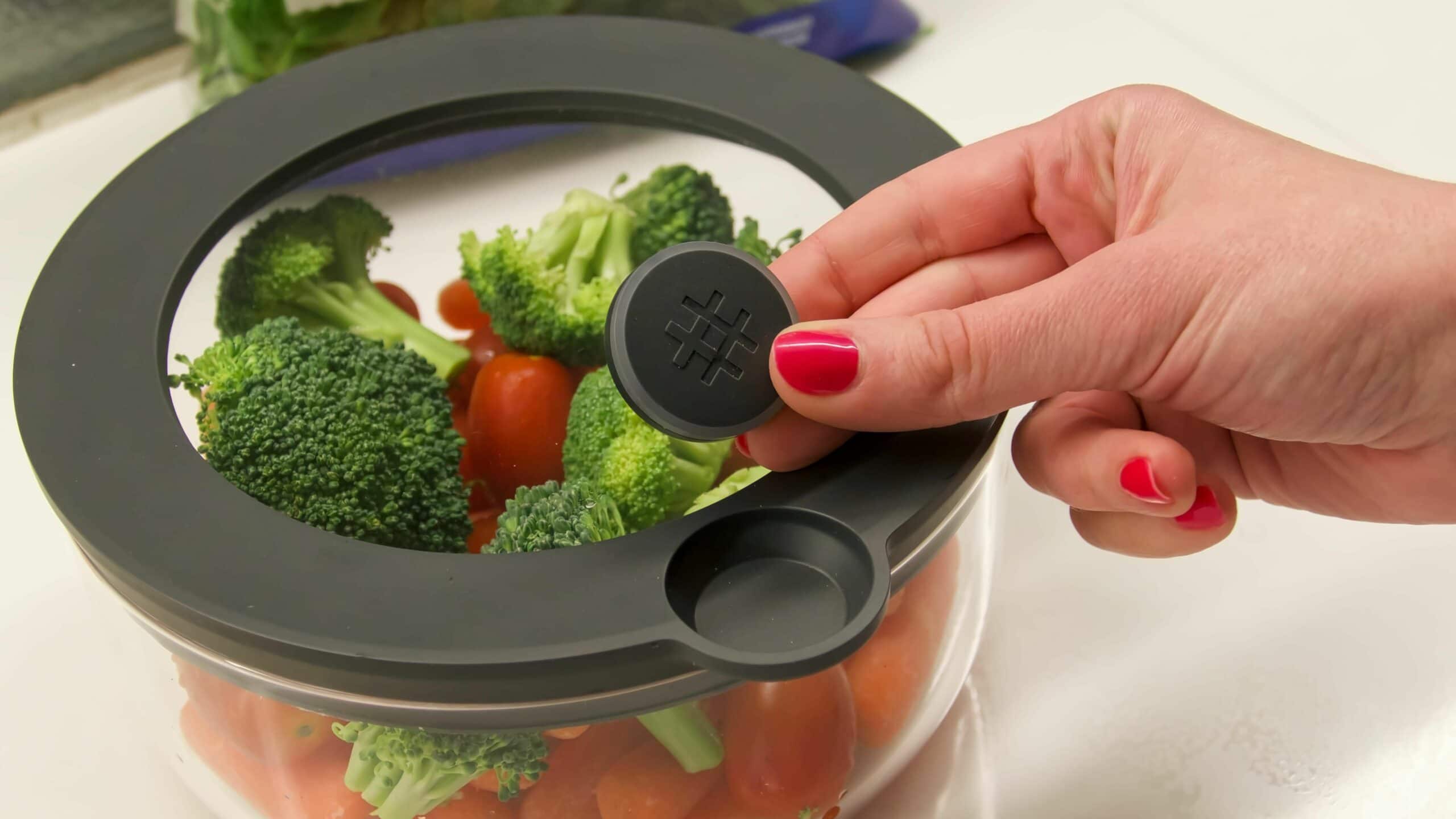 Ovie Smarterware will let you know if you need to hurry up and eat that spaghetti before it goes bad. Smarterware is basically a Bluetooth button you can stick on your container of leftovers. Using it is supposedly as simple as sticking it to your container when you scoop in your leftovers, and telling Alexa what they are. Ovie’s database will take care of the rest.

The Smarterware button made its debut at this year’s CES, and the Chicago-based startup is now launching a Kickstarter campaign with the goal of shipping it in February.

There are also specialized containers and bag clips to go along with the button, but these are just holders for the tech. The button is the star.

Smarterware will work with both Amazon’s assistant Alexa and Google’s assistant (just called Google Assistant). If you have a smart speaker with either assistant (an Amazon Echo or a Google Home, for example), you can hit the button and tell your speaker what’s in your container. Alexa and Google will communicate with Ovie’s cloud, which has a database supposedly containing all common foods and how long they tend to last in the fridge.

Pressing the button sends a Bluetooth signal to your phone, and Alexa or Google will talk to Ovie to match that particular button with the food you just identified. If you don’t have a smart speaker, you can just hit the button, then use the Ovie app to identify your food.

Once you’ve matched your button to a container of leftovers, Ovie will track the elapsed time, and a light ring on the button will slowly change from green to yellow to red as it gets closer to when you need to throw it out.

Tracking your leftovers with Alexa or Google sounds cool, and I’d also imagine the colors of the button will help you prioritize at a glance when you look at the fridge. A yellow light means you better eat up soon — and you’ll get a phone alert so you don’t forget about it.

The functionality is similar to what we’ve seen on the Samsung Family Hub fridge, but instead of spending thousands for a new appliance, a three-pack of buttons will cost $90 when Smarterware hits the market. The price converts to roughly £67 and AU$119.