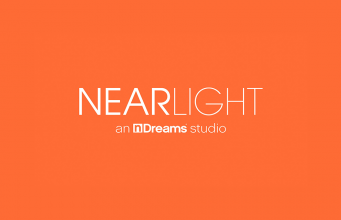 This marks the first such studio acquisition by nDreams, which follows a $35 million investment round secured back in March 2022.

Details of the acquisition are still thin on the ground, however nDreams says bringing the Brighton, UK-based Near Light closer into the fold will allow them to work on yet more “medium-defining games.”

In addition to running three of its own first-party studios, over the years nDreams has published a number of third-party VR titles, including Little Cities (2022) from Purple Yonder, as well as the Brighton-based Near Light’s VR titles Shooty Fruity (2018) and Perfect (2016).

Founded in 2016 with the launch of virtual travel experience Perfect, Near Light is headed by industry veterans Paul Mottram and Ben Hebb, known for their previous work at Wide Games, Kuju Brighton, and Zoë Mode.

“To be making our debut acquisition is yet another incredibly exciting milestone for nDreams,” added nDreams CEO, Patrick O’Luanaigh. “For other development studios with whom we are similarly aligned on vision and strategy, there’s certainly potential for more acquisitions in our future.”

“We’re really proud to be joining with nDreams and shaping the future of VR and AR games together, a new frontier with the opportunity to do things nobody has done before,” said Near Light co-founder Paul Mottram. “Near Light is very much aligned with the philosophy of Patrick and nDreams in terms of how we want to make games and build teams. It feels like the ideal fit for us.”

Near Light is currently developing an unannounced VR title, slated to be published by nDreams.