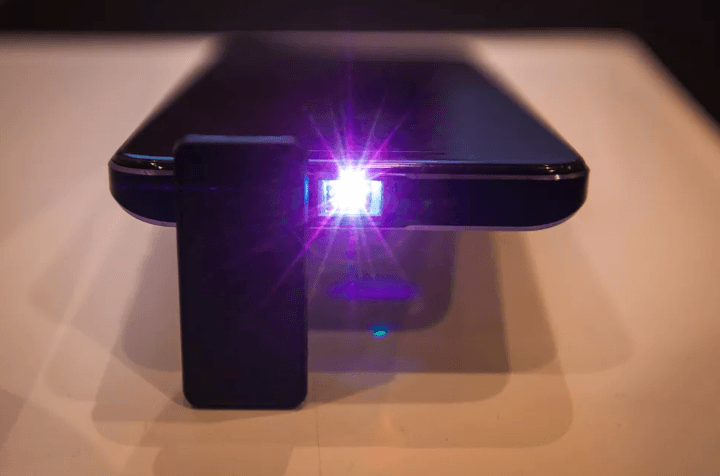 Over the past year is happening with midrange Android phones: They are becoming more niche targeting consumers with a feature that’s not designed for everyone. That’s the case with the Moviphone a midrange Android device with a built-in projector: No mods needed.

As the name so rudimentarily suggests, it’s all about movies. And what better way to watch a movie than projecting it onto a wall as big as you can? The 50-lumen projector supports a 720p HD image that can be projected up 100 inches in size.

Watch this: Moviphone looks like a OnePlus 5 with a built-in projector 1:25

The projector simply mirrors whatever is on the screen. If you’re watching Netflix or YouTube on the phone’s display, it’s projected. If you have a PowerPoint presentation or just want to show off some snaps, then they go up on the wall.

This isn’t the first phone with a built-in projector. Remember the Samsung Galaxy Beam from 2012? Motorola’s Z family of phones can have a projector added onto them via a magnetic Moto Mod.

What’s exciting about the Moviphone is when the projector is off, you would never know the phone had one. Svelte, with a 5.5-inch display, it looks like a OnePlus 5 had a phone baby with a Motorola Z2 Play.

The Moviphone is unlocked and comes with 128GB of storage. It has a fingerprint reader on the back — conveniently located in the middle like a Google Pixel 2. It runs a stock version of Android Nougat and is available now for $599, which converts to about £445 or AU$765, from the WMS website. Part of the reason WMS is at CES is to connect with carriers and third-party retailers in hopes of having the Moviphone become more widely available.

We only had a quick look at the Moviphone, but look forward to testing one out more in-depth.

PRE-ORDER THE ARCADE 1UP (ADVERTORIAL)