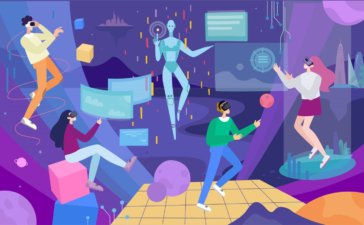 In part 1 I addressed the technical reasons why Ready Player One – customer and user’s expectations – is still years away.

But the unrealistic expectations of the public regarding the metaverse involve another field. As co-owner of a small VR company, I find myself quite often obliged to disappoint people that think the metaverse and immersive technologies are cheap.

In this second part, I will very briefly explain the great obstacle of costs.

This is an annoying topic for those of us who work with and on immersive technologies. Expectations and reality on the issue of costs diverge in an impressive way. As a business owner, I receive requests for very complex apps. What strikes me as a strange phenomenon is that the prospects very seldom have a rough idea of how much they are going to be charged for what they ask.

They seem to be unaware that the metaverse is powered by cutting-edge technologies, which use expensive instrumentation and equipment both for production and for use.

The work behind it is invisible to an outsider, and it makes sense. It’s ok that people do not know how time and energy-consuming this all can be.

Today, I would like to give you an example of a production process, so that you can appreciate how much work lies behind a seemingly simple project.

Let’s take a virtual tour with a minimum number of 10 photos (360 photos), 3 videos (360 videos), and 10 hotspots (interactions) to be put only in the videos (therefore 30 total interactions).

Here is the whole process, from the very beginning to the delivery:

On top of all this, we must add the crew’s professional experience and the company’s markup. For personal reasons, I prefer not to bring you numbers here.

As mentioned above, all this is invisible to an outsider. We understand it very well. But the workload is there, nonetheless, and it must be taken into account.

And now consider that virtual and augmented reality tend to have even higher costs than a simple virtual tour.

The Metaverse We Currently Have Is Enough, For Now

Expectations and reality rarely coincide in the world of virtual reality, augmented reality, and virtual tours. The excessive hype generated by enthusiasts, who are a bit naïve, combined with the lack of correct information has created in recent years the illusion that Ready Player One is already here.

Nothing could be further from the truth. As it is often said, the metaverse is only a concept for the moment, and not even a clear one at that. Much can be done with the technologies available to us now, much more than we could have done only five years ago. Suffice to say, at the time, VR headsets, such as the Oculus Rift CV1, did not have the hand controllers that are used now, and necessarily needed a powerful computer to run apps.

See Also:   Why VR Is Not the Metaverse and Vice Versa

Now we have excellent stand-alone headsets (so, no computer), and motion sensors that are directly applied to the device and that track the movement of the hands. We have multiple companies healthily competing for the mass market of headsets. And we have companies that are building platforms. A debate on interoperability has finally started. This all is very important and is a clear advancement.

However, the obstacles remain important, the costs as well.

Although we can understand that those who do not work in the space can not have a real understanding of all these aspects, we believe that it is always appropriate, when approaching a new sector, to be well-informed about what is possible and what is not. About how close expectations and realities of things actually are. Or distant.