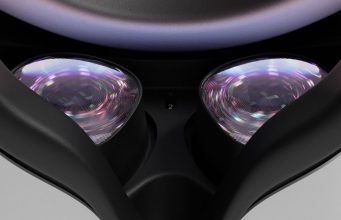 Quest 2 users have a few choices when it comes to cutting the cable and playing PC VR games over Wi-Fi. You can opt for something like a dedicated dongle, or simply configure your network for the most optimal Wi-Fi setup, which usually means having your PC connected directly to the 2.4/5Ghz router with an Ethernet cable and maintaining line of sight with the router. If your PC has Intel’s latest Wi-Fi 6e AX1690 card though, that’s about to change.

Intel announced at CES 2023 that they’ve partnered with Meta to make better use of its flagship Wi-Fi card by optimizing it for use with Quest 2, which means reduced latency and no need for Ethernet cables connecting to your PC.

As reported by Wi-Fi Now, Intel says its Killer Wi-Fi 6e AX1690 card is now capable of using its Double Connect Technology (DCT) for VR headsets like Quest 2. Although the product of an Intel/Meta partnership, Intel’s it’s likely other standalone headsets will benefit too, including Pico 4 and the newly unveiled Vive XR Elite too.

Intel says AX1690, which is compatible with the Intel’s 13th-gen Core HX platform, is capable of reducing overall wireless PC VR gaming latency from 30ms to just 5ms, essentially making it indistinguishable from conventional wired connections, such as Link. We haven’t seen it in action yet, so we’re reserving judgment for now, but it basically seems like having all the functionality of that slick $99 dongle from D-Link, albeit built into your PC gaming rig.

“I’m a firm believer that pushing the boundaries of wireless in VR and AR will only be possible if the whole industry work together,” said Meta Reality Labs Wireless Technology chief Bruno Cendon Martin. “I’m extremely happy to see the announce today by Intel Corporation Wireless CTO Carlos Cordeiro of the work we’ve been doing together to get Wireless PC VR to the next level with Meta Quest and Intel Killer.”

Intel also released a video to demonstrate the benefits of using two simultaneous Wi-Fi connections which enable VR headsets to wirelessly access data directly from a PC (1-hop) vs. through an access point (2-hops) for reduced latency and better PC VR gaming experiences throughout the home.