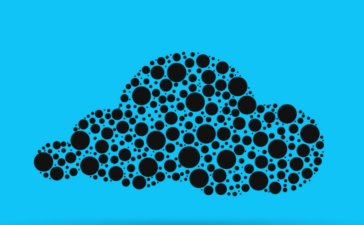 XR hardware is on the move. But, software is important too. The bigger your XR needs are, the larger your software needs are. So, more and more XR providers are providing cloud services in addition to their hardware and platform offerings. But, what is the cloud anyway?

Generally, “the cloud” refers to remote servers that do work off of a device. This allows devices to become smaller while running more robust software. For example, some of the cloud services that we’ll look at are cloud storage solutions. Cloud storage is increasingly important because 3D assets can take up a lot of space. Others run computations on the cloud.

Other solutions make up “local clouds.” These are networks of devices managed from a central portal all on location. This kind of solution is usually used by organizations managing a large number of devices from one central computer.

“Cloud” takes on yet another meaning for Varjo. For Varjo clients, a lot of the management and IT solutions that make up cloud services for other developers are handled through software subscriptions bundled with almost all Varjo hardware. Varjo’s “Reality Cloud” allows users to join XR meetings including remotely present coworkers and virtual assets. “Varjo Reality Cloud is our platform that will allow the ultimate science fiction dream – photo-realistic teleportation – to come true,” CTO Urho Konttori said in a launch event last summer. “What this means, in practice, is true virtual teleportation – sharing your reality, your environment, with other people in real time so that others can experience your world.”

At the beginning of this year, Varjo announced that XR content will soon stream through Reality Cloud services as well. Just like streaming other forms of media, XR streaming aims to provide more content to smaller devices by hosting that content remotely and serving it to users on demand.

“These scalability opportunities that the cloud provides are significantly meaningful when we talk about XR deployment in the corporate world,” Konttori told ARPost in January. “We are now at the level that we are super happy with the latency and deployments.”

In a recent funding announcement, Varjo announced the most recent development in their cloud services. Patrick Wyatt, a C-suite veteran, has been appointed the company’s new CPO and “will be the primary lead for Varjo’s software and cloud development initiatives.” As this article was being written, Varjo further expanded its cloud with Unreal and Unity engine integrations.

XR streaming is already a reality on other cloud platforms. NVIDIA offers CloudXR that streams XR content to Android and Windows devices. (Remember that Android isn’t a hardware manufacturer, but an operating system. While almost all non-Apple mobile devices run Android, it is also the backbone of many XR headsets.)

According to NVIDIA, “CloudXR lets you leverage NVIDIA RTX-powered servers with GPU virtualization software to stream stunning augmented and virtual reality experiences from any OpenVR application. This means you can run the most complex VR and AR experiences from a remote server across 5G and Wi-Fi networks to any device, while embracing the freedom to move—no wires, no limits.”

This can be a “pure” cloud application, but it can also be an “edge” application that does some lifting on the device and some remotely. While NVIDIA promotes their cloud services for use cases like location-based experiences and virtual production, edge computing is being embraced by enterprises who may want to keep sensitive content offline.

Enterprise XR hardware manufacturer RealWear recently launched their own cloud. This is of the last kind of cloud discussed above. The solution allows IT specialists to “easily control and manage their entire RealWear device fleet from one easy-to-use interface.” That includes content, but it also includes managing updates.

If you own one headset, you know that installing software and updates can be a chore. Now, imagine owning a dozen headsets, or even a hundred or more. Putting on each headset individually to add content and install updates quickly becomes unscalable. The RealWear Cloud also allows real-time tech support, which wouldn’t be possible otherwise. As for cloud storage, Snapchat recently announced a solution in a Lens Studio update that gives creators up to 25MB of remote storage. While the file size is still capped per asset (you can’t have one 25MB asset), it drastically increases the abilities of Lens Creators working with large or complex models. “Prior to the launch of Remote Assets, if a project was over the Lens size limit, you only had two options: either remove the asset if it wasn’t critical to the experience or resize the image to lower its RAM usage and re-submit,” reads the release. “Now you can utilize our Lens Cloud service to host assets of larger sizes outside of the Lens, and then load them in at run time.”

This is significant because Snap Lenses run on mobile devices that not only have limited space but also share that computing power with a slew of non-XR applications. At least, until Snapchat makes a consumer version of Spectacles.

“At first, we were just building for the phone and porting to the glasses,” Lens Creator Alex Bradt told me when I got to demo Snap’s Spectacles at AWE. “Now we’re like, ‘what can we actually do with these that will solve problems for people that they didn’t know they had?’”

Partnerships like these help each company get the most out of their existing offerings without needing to build services from the ground up. As enterprises explore entering XR, these offerings also help them integrate into cloud services offered by suppliers that they may already be working with, like Microsoft, Google, Amazon, or Lenovo.

Right now, a lot of cloud services serve industry – where it is doing very impactful things for industry. That doesn’t mean that people with just one headset (or a phone) shouldn’t be taking note. Developments in XR cloud development (for enterprise or for consumer applications) are making smoother, faster, lighter-weight, and more robust XR applications possible for everyone.

The Thrill of the Fight Quest 2 Review