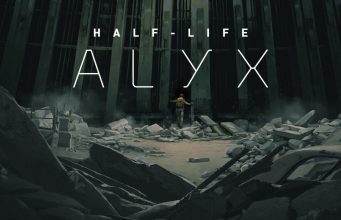 If you haven’t played Half-Life: Alyx (2020), Valve’s first Half-Life game in a decade which is exclusively available on SteamVR headsets, then you can look forward to not only one of the best VR horror shooters in existence, but soon heaps more action after the credits roll. The creators of the long-awaited Levitation mod say it’s slated to release for free starting today.

Update (November 25th, 2022): Levitation is now available on Steam, downloadable in 5 separate parts. Here’s a description of the mod, which its creators say takes around three to four hours to complete.

Half-Life: Alyx Spoiler Ahead: LEVITATION is set right after the events of Half-Life: Alyx wherein Alyx returns to City-17 after meeting the G-MAN, and teams up with Russell once again. During her absence, a mysterious levitating building appeared in the Sector X region of City-17. Two key members of the resistance named Barry and Maya decided to infiltrate and investigate Sector X — until their signal went quiet… Now, Alyx must save her friends, and possibly the whole resistance.

Check out the Levitation launch trailer below:

As seen during the PC Gaming Show, Half-Life: Alyx LEVITATION follows the events of the main game, introducing a floating apartment building in ‘Sector X’ of City 17 which is no doubt a Combine plot to do something highly nefarious, G-Man sightings included.

From what we’ve seen, it looks tantalizingly close to being a Valve-produced DLC, replete with custom voice acting and well-planned enemy encounters. Check out the seven-minute gameplay video below to see just how slick Levitation is:

But it’s not a Valve creation, at least not directly. Levitation was created by CS:GO map designer and artist Shawn ‘FMPONE’ Snelling and animator Corey Laddo, who is known for memes created in Valve’s Source 2 Filmmaker. Thanks to Half-Life: Alyx’s Workshop Tools, anyone can go in and make anything from VR Mini-Golf or bowling, to full-blown chapters like Snelling and Laddo have done.

“The basic premise involves Alyx receiving a distress signal from two resistance members Maya and Barry about secret Combine technology buried within a section of the Quarantine Zone known as Sector X,” Corey Laddo tells PC Gamer. “With the help of Russell, Alyx dives deep into Combine territory to investigate this threat and search for Maya and Barry. It’s a completely separate Half-Life adventure that uses Alyx’s ending as a springboard for the narrative.”

Half-Life: Alyx LEVITATION is expected to release for free on the Steam Workshop sometime in early Q3 of 2022. As with all mods, you’ll need to own the base game first. If you’re having trouble deciding, check out why we game Half-Life: Alyx a perfect [10/10] in our full review.