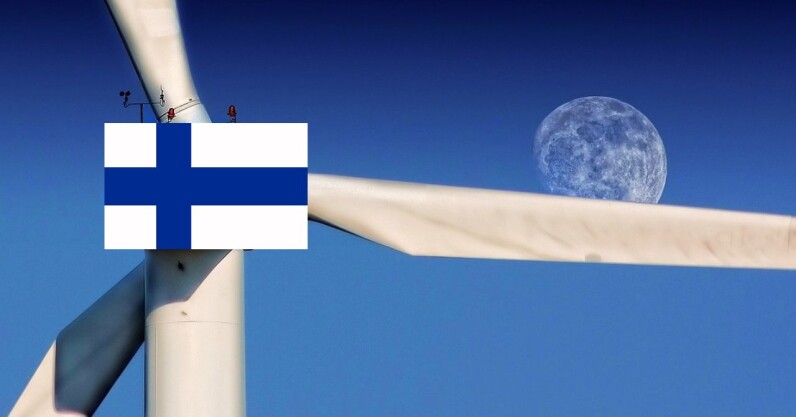 According to the latest statistics from the Finnish Wind Power Association (FWPA), 2022 was a record time for green power. Specifically, 437 new wind turbines were put into operation, delivering a 2,430MW power capacity. What’s more, wind power covered 14.1% of the country’s electricity consumption, rising from 9.3% in 2021, a period in which 141 turbines were installed.

As a result, Finland now has a total of 1,393 wind turbines with a combined power of 5,677MW — raised by nearly 43% in 2022 alone. Some 47% of the total wind power is domestically owned, and the majority of turbines have between 3 and 4.99MW power capacity.

Notably, the projects completed last year brought over €2.9 billion worth of investments into the country. This makes wind power one of the most funded sectors in the Nordic nation.

“No other industry currently brings as many annual investment euros to Finland as wind power. Wind power also brings vitality to many small municipalities, where investment targets may otherwise be few,” Anni Mikkonen, FWPA’s CEO, noted.

“In addition to investments, wind power is now increasing our country’s energy self-sufficiency at a really good pace — just when new and affordable electricity production is most needed. No other electricity generation can be built in Finland as quickly and as cost-effectively right now,” she added.

According to FWPA, the future of Finnish wind energy is looking brighter and brighter. Approximately 1,000MW of power capacity will be completed this year, over 1,200MW in 2024, and around 1,000MW in 2025 — when wind power is projected to cover at least 28% of Finland’s electricity consumption.

If this pace is kept, the country will not only strengthen its energy efficiency, but also increase its competitive advantage in the industry — in effect, attracting more capital in its wind projects and promoting local companies active in the field.

The Autobahn’s upcoming wireless EV charging isn’t for you