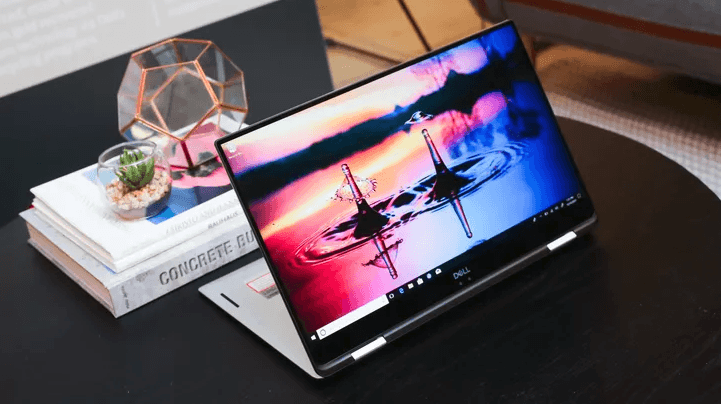 It’s a hybrid inside a hybrid. That’s the best way to think about the new XPS 15 two-in-one from Dell. This big-screen laptop has a 360-degree hinge, so it folds all the way back to form a tablet — we’ve seen that plenty of times before, but never in Dell’s high-end XPS 15 line.

Inside, it has a new CPU package that’s part of Intel’s eighth generation of Core i-series chips. But this is also a hybrid part. It’s one of the very first examples we’ve seen of a new Intel-AMD partnership, where these two component rivals are teaming up.

You get an Intel CPU paired with AMD Radeon Vega M GPU, giving you some pretty decent graphics muscle for a super-slim hybrid.

With these new parts, plus better cooling and a bigger heat spreader, Dell claims the battery will run for 15 hours.

It’s 16mm thick, which is pretty thin for any kind of 15-inch laptop, and the edge-to-edge Infinity Display has 4K resolution.

Also new is a redesigned keyboard — Dell calls it a “maglev” keyboard. That’s an idea that’s been talked about for years, but not widely used. Instead of rubber domes under the keys, it uses magnets to push the keycaps back up.

That lets you have an even thinner keyboard. In a brief hands-on demo, it felt very much like Apple’s current super-shallow keyboards, which some people like more than others.