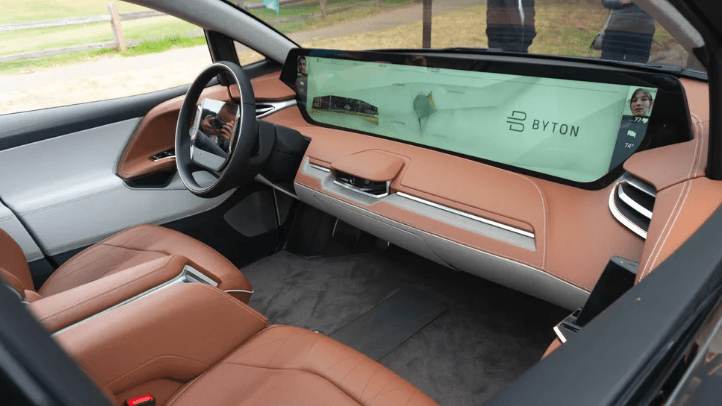 Not only were we impressed by Chinese electric car maker Byton’s M-Byte concept SUV in general, but its cabin, which featured a 49-inch LCD dashboard display, wowed us too. The screen, which the company calls its Shared Experience Display, can be viewed by all passengers. And when the car switches to autonomous mode, the display can show entertainment content in addition to driving info.

Byton demoed the same car and its display at MWC Shanghai in June and in August, the company began to test drive the car on tracks located in Nanjing, China, under real-world traffic conditions. Byton aims to kick off production of the M-Byte by Fall 2019.

Earthquake Sound, The Sound That Will Move