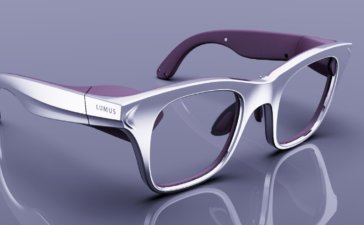 Lumus has recently launched its Z-Lens AR architecture, which can help with the development of more compact AR glasses in the near future, thanks to efforts that reduced its micro-projector’s size by 50%.

Making its debut at the Consumer Electronics Show (CES) 2023, the new Z-Lens—which builds on the company’s Maximus 2D reflective waveguide technology—can be fitted with prescription lenses.

The structure of the new Z-Lens  gives manufacturers more options regarding where to position the aperture or the opening where the light passes through. Lumus CEO, Ari Grobman, expressed optimism that this flexibility can lead to the creation of less bulky and more “natural-looking” AR eyewear.

“In order for AR glasses to penetrate the consumer market in a meaningful way, they need to be impressive both functionally and aesthetically,” said Grobman in a press release shared with ARPost. “With Z-Lens, we’re aligning form and function, eliminating barriers of entry for the industry, and paving the way for widespread consumer adoption.”

In AR glasses, the lenses that use Z-Lens reflective waveguides will serve as the “screen” onto which a tiny projector would display the AR image. Lumus’s lenses consist of waveguides or a series of cascading partially reflective mirrors. These mirrors are responsible for 2D expansion, widening the projected image horizontally and vertically. Maximus’ patented waveguides reflect the light from the projector two times before the light bounces into your eye. The mini-projector—which is hidden in the temple of the eyeglass frame—has two components. First is a microdisplay that produces the virtual image and second is a collimator, which beams the light waves to the waveguide. The mirrors then reflect the light out of the waveguide to the user’s eyes.

“Our introduction of Maximus 2D reflective waveguide technology two years ago was just the beginning,” said Grobman. “Z-Lens, with all of its improvements unlocks the future of augmented reality that consumers are eagerly waiting for.”

Lumus’s second-generation Z-Lens boasts a lightweight projector with a 2K by 2K vibrant color resolution and 3K-nit/watt brightness. The latter feature allows users to enjoy AR viewing in daylight or outdoors. Other AR lenses on the market feature sunglass-type tinting on their products to ensure that users can view virtual images. The absence of dark tints allows others to see the user’s eyes as if they’re wearing regular eyeglasses.

The first prototypes of Z-Lens have a 50-degree field of view (FOV). However, the company’s goal is to reach at least 80 degrees FOV in the future.

Here are the other qualities of the Maximus successor:

“The Future Is Looking Up”

“AR glasses are poised to transform our society,” Grobman said. “They feature better ergonomics than smartphones, novel interaction opportunities with various environments and businesses, and a much more seamless experience than handheld devices. The future, quite literally, is looking up.”