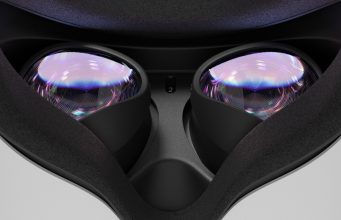 Not ready to plonk down your first $100 on Quest 2 games? Thankfully there’s an impressive number of free games, experiences, apps, and social VR platforms to keep you playing before you’re paying.

Note: We didn’t include demos for paid games in the list, but you should definitely also check out these too for a quick taste of the full thing, such as Synth Riders, Journey of the Gods, Creed: Rise to Glory, Beat Saber, Superhot VR, and Space Pirate Trainer.

We have however included App Lab games. If you want to see more, SideQuest’s search function is a great resource for finding free stuff and demos. Below you’ll find some of the top App Lab games in addition to those hosted on the official store.

This shooting game just went free-to-play, letting you take on friends, family and foes head-to-head in 1v1 dueling action. Refine your loadout and jump into the action as you scramble for weapons and send a volley of hellfire as your enemies, all the while Matrix dodging through this innovative bullet hell meets futuristic dueling title. Spend money on cosmetics, or don’t: it’s a massive slice of fun any which way.

There aren’t a ton of free-to-play shooters out there that promise multiplayer action, however Gun Raiders fits the bill with its multiple game modes that let you jetpack through the air, climbing from wall to wall, and shoot down the competition. There’s the same sort of microtransactions you see in bigger games, but it they’re all avatar skin stuff, so no pay-to-win here.

Ultimechs should look pretty familiar: it’s basically Rocket League, but instead of driving around in cars, you’re given rocket-powered fists to punch balls into the goal. Online multiplayer includes both 1v1 and 2v2 matches, offering up tons of opportunities to earn cosmetic gear that will let you outfit your battle mech into something unique. There are also now two paid battle passes too, offering up a ton of cosmetics to set you apart from the competition.

Battle Talent is one of those fighting sims that let you go ham on ragdoll baddies, which in this case are wily goblins and loads of skelingtons. This physics-based roguelite action game lets you climb, run and slide your way through levels as you slash, shoot, and wield magic against your foes.

I Expect You to Die: Home Sweet Home

From the studio that brought you the award-winning puzzle game, I Expect You to Die, comes the room-scale mixed reality experience Home Sweet Home, which offers up a new way to defuse potentially lethal situations, and all in the comforting backdrop of your own living room thanks to Quest 2’s passthrough mixed reality function.

Ever wanted to play Counter-Strike on Quest? Pavlov Shack offers up a pretty comparable experience, as you play in either deathmatch or co-op mode. It’s got all of the realistic gunplay and much of the fun of the paid PC VR title, but it’s still going strong with a free open beta on Quest.

Zero-g sports aren’t possible unless you’re stationed on the ISS, and even then you probably shouldn’t muck about. In this fast-paced game of ultimate frisbee-meets-hockey-meets-whatever you’ll launch at speed to the goal, evade the opposing team and chuck your Tron-style frisbee-thing for the win. Remember: you can smash your opponent in the face, but please follow the same suggestions mentioned in Gorilla Tag above.

Freshly launched into open beta, this 4v4 arena-scale shooter requires space and Quest 2 (or Quest Pro) owning buddies—both of which you may not have. Still, it makes for an incredible time that is basically the best version of laser tag you’ve ever played. You’ll need SideQuest to download this one since it disables Quest’s guardian system, but it’s well worth jumping through the hoops to get working if you have everything else.

This humble game of tag has taken both SideQuest and App Lab by storm with its infectious gameplay, and it’s now made its way to the official store. You’ll be lumbering around a tree-lined arena using its unique grab-the-world locomotion style that lets you amble around like a great ape. Chase the other apes and infect them or climb for your life as the infected chase you. Pure and simple. Make sure you’re far from TVs, furniture, babies, and pets because you will punch something in the mad dash for sweet, low-poly freedom.

No real cash gambling here, but PokerStars VR not only let you go all-in on games of Texas Hold’em, but now a full casino’s worth of table games a machines that are sure to light up the dopamine starved pleasure centers of your brain. It’s all free play, so you won’t be risking real cash unless you buy in-game chips, which cannot be turned back into real money: it’s only to keep your bankroll flush for free play.

Gym Class – Basketball is the solution if you’re looking to shoot some hoops and dunk like you probably can’t on a physical court. Online multiplayer lets you go head-to-head for a pretty convincing game of b-ball thanks to the game’s physics-based and full-body kinematics.

This plucky roguelite dungeon crawler is still in beta (still!), but there’s a reason it’s become an App Lab favorite. Explore a vast dungeon to explore, housing plenty of baddies just asking for the steel of your sword, knives, and arrows. You’ll climb over deep pits, dodge lethal traps, and search for hidden treasures. Smash all the pots and crates you can before it officially launches on Quest sometime in the near future.

Would-be wizards, this is your time to shine. Explore a magical laboratory and take on the job of apprentice wizard. The lab is full of gadgets and magical stuff to mess around with; as one of the games that natively supports Quest’s hand tracking, you can put your controllers down and get experimenting with this little slice of the dark arts.

Since the recent Fishin’ Buddies update, this classic VR title has gotten a whole new lease on life as a multiplayer VR fishing game that lets you sit back and crack a cold one with the boys as you reel in the big’uns. The additional social areas also let you sit back between your fishing adventures to take part in casual mini-games.

Without a doubt one of the most fun, and most expansive VR titles out there… and it’s free. Sure, you can pay real cash for in-game tokens to buy spiffy clothes for your avatar, but that’s really up to you. Gads of mini-games await you in both first-party creations such as the ever so popular co-op Quests—that could be games in their own right—to user-created stuff that will keep your pocket book gathering dust. It’s social VR, so meet people and have a ball for zero dollarydoos. Fair warning: there’s a ton of kids.

If you’ve been anywhere near the Internet in the last few years, it’s likely you’ve already heard about VRChat, the user-generated social VR space filled with… well… everything you can imagine, re-pro games included like Among Us, Mario Kart, and even a version of Beat Saber. Fashion your own avatar or download the millions of user-generated avatars out there so you can embody SpongeBob, Kirito from Sword Art Online, or any one of the million anime girl avatars that you’re bound to see there.

Horizon Worlds is still taking baby steps, although recent efforts have brought more tools and user-generated content to the platform which has rounded out things to make it more competitive with Rec Room and VRChat. You may want to check in just to see the state of Meta’s first-party VR social platform—and then check right out again—but at the price of ‘free’, you may just find an environment or community you really gel with, which is the whole reason behind social VR in the first place.