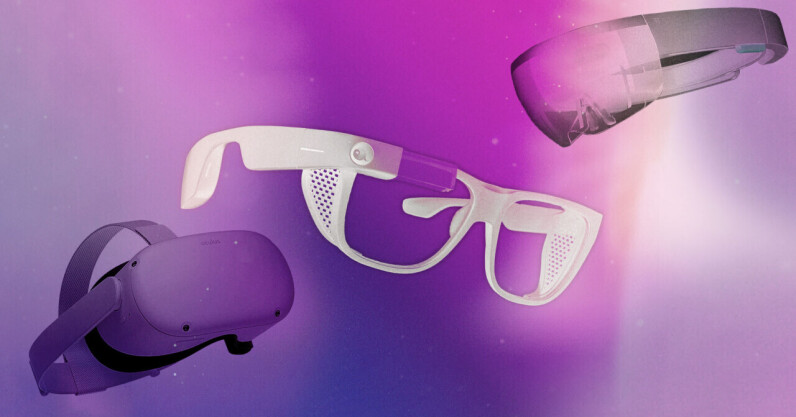 Augmented Reality (AR) has promised some pretty big things, such as, you know, a total disruption to how we live and work. By overlaying a virtual world over our IRL one, endless possibilities in how we communicate with one another, take in information, and see the world, come into focus.

But AR has fallen short of expectations. While many of us have used dog filters on social media platforms like Instagram and Snapchat, and played games like Pokemon Go!, we can’t really say it’s truly disrupted our daily lives — yet.

One of the most cited reasons for AR’s lack of wider adoption is that the hardware just isn’t there to support it. How many people do you know who wear smart glasses regularly? Still, adoption is on the rise, and the global AR/VR smart glasses market is set to grow by $7297.59M between 2023 and 2027.

2023 is poised to be the year of AR glasses, but why exactly? In this video, AR/VR expert and tech journalist Boy Visser dissects the recent technological developments that lead to this ‘perfect storm’ for smart glasses, and what’s next for AR.

And with buzzy new sectors like the metaverse and 5G flying around, it’s only a matter of time before we see an AR boom. So where is it now? And where is it headed?

The current state of AR

AR-enabled smart glasses may not have taken over yet, but there are still plenty of areas where AR is already being deployed.

Today’s applications often take the form of HUDs, or Head-up Displays, which is a transparent display that shows data without distracting from the view — kind of like a window with notes on it. Except the notes are data that change and adapt to the viewed environment.

HUDs were originally developed for military aviation. This year, the United States Army rolled out a $22bn program to develop mixed reality combat goggles, called the Integrated Visual Augmentation System (IVAS). The new goggles allow soldiers in combat to see and share data, such as maps or enemy positions, with one another in real-time.

But now HUDs are used in other sectors, like automobiles and commercial aircraft. With cars, in particular, HUDs are seen as the next step in pushing driver experience into the future, as they can display key information on a driver’s windshield, like directions, without taking the driver’s eyes off the road. This type of AR HUD is already being implemented by car manufacturers like Kia, which has the HUD in models such as the Kia EV6, Kia Niro, and more.

Another iteration of AR that is being deployed across industries is assisted reality, which is similar to Augmented Reality in that data is displayed on a screen over the user’s environment, but it’s less immersive. RealWear is one company that develops assisted reality wearables like smart goggles for frontline professionals across fields like healthcare, energy, manufacturing, automotive, and more.

Jon Arnold, RealWear’s VP of EMEA, tells TNW that today’s use cases for XR (or extended reality, which both augmented reality and assisted reality fall under) are mainly centered around industry and safety:

“The goals of assisted reality are to keep the user’s attention and situational awareness in the real world, with a direct line of sight,“ he says.

Arnold gives the example of RealWear goggles being used in manufacturing environments, where they’re used to remotely support engineers. “These wearables enable a local engineer in an extremely austere and perhaps hazardous environment — in the rain, up high, or at sea — to send data to a remote expert in real-time across the other side of the world. That remote expert can then clearly see the problem through the eyes of the worker, help identify and diagnose the issue, and help the local engineer safely make the fix in real-time,” Arnold explains.

What’s next for AR and smart glasses?

As tech giants like Google, Apple, and Magic Leap get closer to launching new smart glasses models, the possibilities for how these glasses will transform our user experience — and lives — grow.

Take the metaverse, for example. XR hardware isn’t yet ready for the metaverse (they’re too expensive, too bulky, or just not very good), but headsets like The Magic Leap 2 allow for a wholly immersive experience. Back in March, we wrote about how The Magic Leap 2 blurs the line between AR and VR, with its massive, and dimmable, field of view. If users are going to spend any real time in the metaverse, they’ll need smart glasses and goggles like these to take them there.

But hardware aside, AR’s next steps seem to largely rely on one thing: 5G.

“Over the last four years, one of the most publicized technologies within the AR sector is 5G, with expectations that the technology will, among other things, unlock the true value of AR,” says Arnold.

5G should offer a new network for AR to operate on that is ultra-low latency and high bandwidth, which means that it will be much faster. This is crucial in enabling use cases like being able to train someone remotely, or allowing for guided maintenance and repairs, such as a remote repairs technician being able to leave notes on broken parts that on-site workers can read and then fix accordingly.

For everyday workers, faster networks for AR mean they will be able to better collaborate in real-time with their global teams. What does this look like exactly? 5G-enabled AR would allow everyone involved in a virtual meeting or presentation to get the same information at the same time, and interact with digital content in real-time, collaboratively.

But, Arnold says, today’s 5G is still a long way from fully supporting AR and VR: “We are tracking the market closely, however, the reality is, it will be quite a while before this vision becomes a reality, because 5G in the public network today currently offers no uplink bandwidth improvement.”

In the meantime, we’ll likely continue to see innovative smart glasses applications continue to roll out, such as Japan’s customs office using them to tackle smuggling, as customs officials can share images of cargo in real-time with experienced officials elsewhere.

And while we wait for 5G to reach its full potential, Arnold says we should start getting used to actually wearing the smart glasses now: “The most important thing companies should do more 2023 is working on people… to improve adoption of wearables now, and get people used to them.”